The mystical life is the center of all that I think and all that I write.
W.B. Yeats 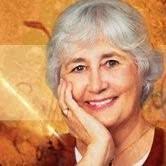 Catherine’s workshop will include visualizations, reflections, and short writing exercises inspired by the mystical life and poetry of William Butler Yeats (1865 – 1939), a leader of the Irish Literary Revival. Active in the Dublin and London Theosophical Lodges, he was deeply interested in practical experiences of the supernormal. Similar to the ideas of William Blake, as well as to the eastern concept of Maya or illusion of the material world, Yeats concerned himself with the eternal soul of the universe. Yeats was awarded the Nobel Prize for Literature in 1923 for “his always inspired poetry, which in a highly artistic form gives expression to the spirit of a whole nation.”

Catherine Ann Jones has played major roles in over 50 productions on and off Broadway, as well as in television and film. Disappointed by the lack of good roles for women, she wrote a play about Virginia Woolf (On the Edge) which won a National Endowment for the Arts Award for her first of twelve produced plays. Her films include Unlikely Angel, The Christmas Wife, and the popular television series, Touched by an Angel. A Fulbright Scholar to India studying shamanism with over 30 years teaching, graduate school as well as at the Esalen and Omega Institutes, she is the award-winning author of Heal Yourself with Writing, The Way of Story, What Story Are You Living?, Freud’s Oracle, True Fables, and Buddha and the Dancing Girl.
56,000 subscribers follow Catherine’s six online courses, schedule, writing consultations, and blog. www.wayofstory.com